Is your little one ready to transition from 3-2 naps or from 2-1 nap? Not sure how to get started? We know how difficult it can be for some families to transition their little one’s daytime schedule.

Within the first 18 months of your child’s life, there will be many schedule changes. Here are some of the signs that your little one is ready to make a change in their nap schedule, and some ways you can make those transitions easier on you and your child.

The First Nap Transition: from three naps to two

Babies typically have three naps per day until they reach about nine months of age, which is when you will start to see the late afternoon nap disappear. (This is a general recommendation; some children may transition a little earlier or later.)

It will take some time for your little one to adjust to the longer stretch of awake time between their last nap of the day and bedtime. You may find that they will need an earlier bedtime during this transition, and it helps to push the afternoon nap a little bit later for a week or two, to help them get through to bedtime without becoming too overtired.

You may also find that, at the beginning, your baby can handle one or two days without the nap but then on day three, they will need a quick 20–30 minute power snooze. It can take anywhere from 1–3 weeks for them to fully adjust to the new routine.

Here are some common signs that your baby is ready to transition from three naps to two:

How you can help your baby through this nap transition:

Start by cutting down the third nap of the day slowly from 45 minutes to 30 minutes and then down to 20 minutes. Once your baby has been napping for 20 minutes for a few days you can cut out the nap all together, making sure to compensate with an earlier bedtime.

If your baby has been refusing the third nap consistently and you feel that they are ready, begin by pushing their second nap a little later in the afternoon to avoid a very long wake window before bedtime. Since they will no longer be having the third nap, it is important to compensate with an earlier bedtime until your baby’s system has had time to adjust.

The second nap transition: from two naps to one

Most toddlers will still need two naps per day up until the age of 14-18 months with a small percentage of toddlers being ready as early as 13 months.

Here are some common signs that your child is ready to transition from two naps to one:

How you can help your child through this second nap transition:

Make It A Gradual Transition

Start with a slow transition by cutting down the morning nap by 15-minute increments every day or every two days. If your child sleeps for one hour in the morning, cut it down to 45 minutes, then 30 minutes, and then go down to 20 (providing your child is still falling asleep in the morning.) You would then put them down for their afternoon nap at the regular time.

Once their morning nap is lasting 20 minutes for a few days, you can go ahead and make the change to cut it out all together but start with small steps. Try for a morning nap 2–3 days a week so that they are given the opportunity to catch up (if they will still nap).

The afternoon nap is the most important, as we need to make sure the window between nap and bedtime is not too long so they are not going to bed overtired, which could lead to night wakings.

We know it can be difficult to wake them when they are sleeping so well, but protecting the afternoon nap and overnight sleep is more than worth it.

This method is more effective for those children who are refusing to have a morning nap despite your best efforts. If your child falls in this category and has given up their morning nap on their own, they will need an earlier afternoon nap for a few days to a week as their system adjusts. You can adjust their nap schedule by 15-minute increments every day or every two days. For the first day, your child may need to go down for their afternoon nap at 11:30, the next day at 11:45, etc., until they have reached their regular 12:30 or 1:00 nap schedule again.

If your child attends daycare and they only offer one nap there during the week, you can still offer 2 naps on the weekend while they are at home until they have adjusted.

When is it just a nap strike?

Sometimes children will go on a “nap strike.” This does not necessarily mean that they are ready to give it up completely but it may mean that a nap transition is coming up in the near future. They may also be going through a developmental change, which would cause them to protest naps. However, they still very much need that sleep even though it seems that they do not.

Before diving into cutting out the nap, give them a few days to a week to see if they will go back to their regular schedule, especially if your child is significantly younger than the recommended age.

It is advised to take caution when you are contemplating dropping a nap, as there can be consequences when making this change too early! Transitioning too early can lead to early rising, frequent night wakings and short naps. Nobody wants that!

While your child is going through nap transitions, it is so important to recognize that their system will need some time to adjust to the change in routine. Try not to get discouraged if it does not work out quite as planned for the first few nights.

It is imperative that you adjust bedtime accordingly during nap transitions. You want to avoid your child becoming overtired, which can cause more disruptions to their overall sleep.

We hope these tips help you when it’s time to navigate those nap transitions! If you find yourself needing some guidance getting your child through any sleep transition, we are here to help! Check out our services page and contact us for a free consultation.

http://restfulparenting.com/wp-content/uploads/2017/01/Navigating-Nap-Transitions.png
« How Much Sleep Does your Child Need?
Is Your Child Ready for a Sleep Schedule? » 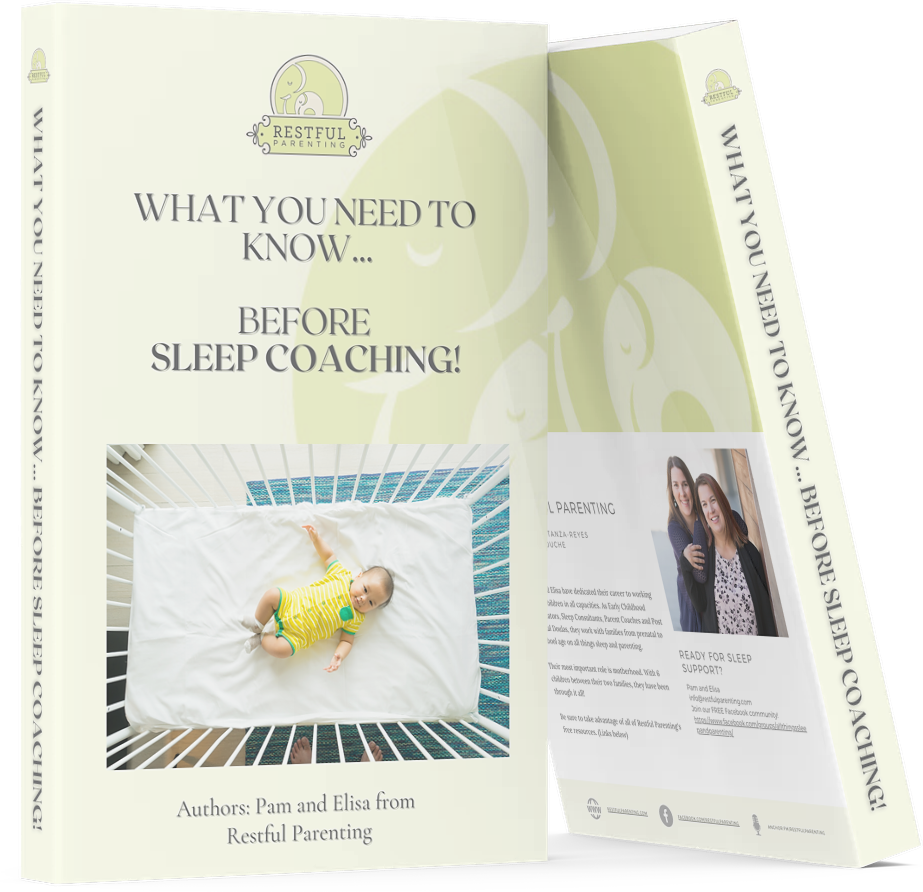